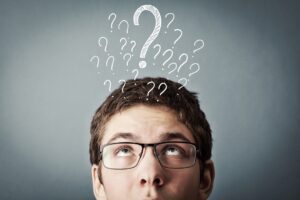 Of all the questions we fear our children might ask us, “Hey Mom, what’s my amygdala?” is probably not one of them. Yet understanding this part of the brain prepares a child to manage their emotions and behavior for an entire lifetime. This makes it one of the most important conversations you can have with your kids.

Here’s one way to think about it: As a society, we devote tremendous resources to giving kids sex education, but don’t give them the brain education to go with it. So, imagine having a sexual encounter as a teen, for example, without being able to properly deal with amygdala-induced anxiety, fear, and aggression. It could be disastrous.

Or, another scenario might simply be a child who does poorly on tests. He or she might think they’re “dumb” until they learn how the amygdala actually interferes with their higher-order thinking.

The good news is, the amygdala isn’t an uncomfortable part of our anatomy that you may not be prepared to discuss. And today, our knowledge of the brain is much more in-depth and accessible to the lay public. In fact, “amygdala training” is much of what we do in therapy for both adults and kids, using our new awareness of neurobiology and its impact on thoughts, emotions, and behavior.

So what does the amygdala do? How does it affect kids when it’s activated, and how can this knowledge help them live calmer, more stress-free lives?

The Amygdala, aka Your Brain’s “Fire Alarm”

The amygdala is the part of the brain responsible for our fight-or-flight system. It works like a fire alarm that goes off whenever we perceive we’re in some type of danger.

Think of a caveman who sees a saber-toothed tiger. First, his amygdala sounds the “alarm,” which immediately causes about 20 different physiological reactions to occur in his body. As a result, he’s able to stay alive by either fighting or running from the tiger. It’s quite a miraculous system and key to our survival as a species.

However, in our modern society, there aren’t a lot of saber-toothed tigers roaming around. Yet our amygdala sounds the alarm throughout the day over things that can feel like a tiger, especially to a child.

What Happens When Your Child’s Amygdala Is Triggered

Many events in a child’s life may trigger his or her amygdala, resulting in a fight-or-flight response. This might be a test at school, rejection from peers, social media pressure, hearing their parents argue, or simply riding in Mom’s car when she slams on the brakes.

When the amygdala is triggered, the brain and the body kick in with multiple physiological reactions, such as rapid heartbeat and breathing, and trembling or shaking. These symptoms both increase oxygen to the body and prime the muscles for action — which was great in the caveman days. But in today’s modern world, actual “fight or flight” doesn’t make sense anymore. You really can’t run from a test or an iPhone, fight a teacher, or tackle the car that almost hit you. Instead, your child simply sits with these feelings and experiences them as anxiety.

Also, when the amygdala is in charge, the brain’s executive functioning doesn’t work so well because it’s stuck in survival mode. Think of executive functioning as superiority in tasks such as logical, rational, analytical thought; impulse control and good judgment; focus, concentration and memory; and the ability to plan and organize.

So when your child’s fight-or-flight response becomes triggered and executive functioning decreases, your child experiences a “brain shift” that compromises their thinking and performance. As I mentioned earlier, this can interfere with their ability to take tests or perhaps make sexual encounters (for teens) very chaotic and confusing. A third example of this would be when you’re having a conflict with your teenager. If your teen’s amygdala or fire alarm is “on” during an argument, they will suffer poor impulse control, poor judgment, and will lose logical, rational thought in communication.

How to Help Your Child Manage Their Amygdala Triggers

Of course, as parents and adults, we’re subject to the same type of brain shift that occurs with an activated amygdala. So the first way we can help our kids is to understand our own brains and to model self-soothing and self-regulation for them. There’s nothing wrong with agreeing to take a “time out” when one or both of you is triggered and revisit the discussion when executive functioning has regained its strength.

You can also teach your child about the amygdala, what it does, and how to recognize when it’s in control. In my household, we even used code language with my daughter, such as, “My amygdala is on, can we talk later?” or “My amygdala is off now.” Our relationship was much better because of it. She also learned to understand her reactions and trust her ability to manage conflict in a healthy, constructive manner.

Finally, there are many wonderful new resources for parents and teachers to provide brain education. We recommend the work of Dr. Daniel Siegel, including his parenting books such as The Whole Brain Child and Brainstorm. YouTube also offers many helpful videos on the fight-or-flight system and reducing anxiety through brain science. Or, you can ask for an Orange County Health Psychologist who teaches interpersonal neurobiology.

Brain education gives kids the emotional and cognitive intelligence they need for better life outcomes. When your child can name the amygdala, recognize triggers to the “fire alarm,” identify the subsequent physical symptoms in the body and know how to stay sane while still surviving scary tigers, they will be better prepared for success in life.

Prior to starting Orange County Health Psychologists, Inc., in January 2014, Dr. Kleppe was in private practice specializing in geropsychology.  She developed an interest in integrated health care and the importance of collaboratively working with physicians while on faculty in the Department of Family Medicine at UC Irvine, holding the title of Director of Behavioral Science and working in the arena of behavioral health care.